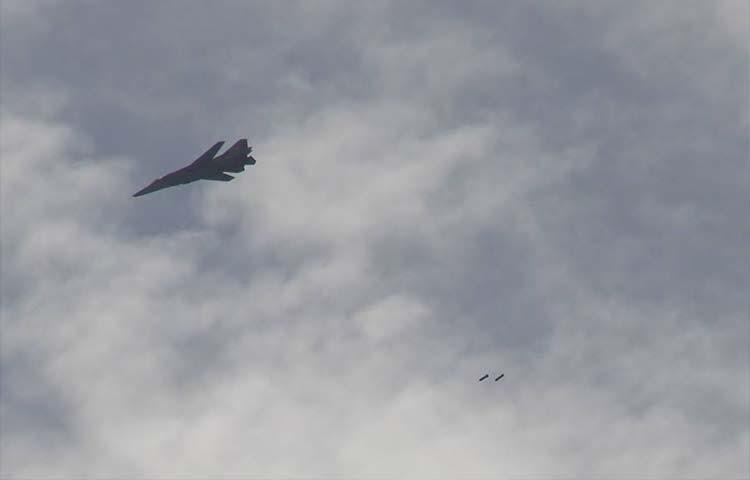 Regime warplanes targeted a popular market in the town of Ayn Tarma in Eastern Ghouta on Tuesday, leading to the death of over a dozen civilians.

An Enab Baladi correspondent reported that more than 14 people, including women and children, were killed in the raid, while dozens more were injured. Some were taken to local field hospitals and remain in critical condition.

The reporter said that many other cities and towns in Eastern Ghouta were also bombed, including Douma, Harasta, Arbin and Mudera.

Eastern Ghouta has witnessed a continuous military escalation for over the past two years, amid shortages of food and medical supplies, in addition to the spread of diseases resulting from malnutrition.