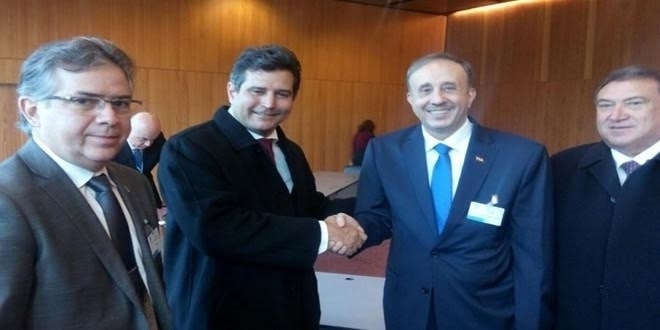 Speaker of the People’s Assembly Mohammad Jihad al-Laham has called on Europe to display a more reasonable and objective attitude in dealing with the facts in Syria.

During a meeting with Serbian Parliament Speaker Maja Gojkovic on the sidelines of the Inter-Parliamentary Union (IPU) Assembly in Geneva, Laham also stressed that European countries should stop providing support to terrorist organizations under “false pretexts and names.”

The Syrian official warned that European countries would be most affected by the spread of terrorism given the number of European nationals who have joined the ranks of the Islamic State (ISIS).

Gojkovic said she was aware of the distortion of facts by some media outlets regarding Syria, viewing the meeting with Laham as a “great opportunity” to get acquainted with events in Syria, away from the disinformation.

Another meeting also brought together the People’s Assembly Speaker with the Chairman of the Italian Senate’s Foreign Affairs Committee, Pier Ferdinando Cassini, where Laham presented a review of the terrorism inflicted in Syria at the hands of the regionally and internationally-backed terrorist organizations.