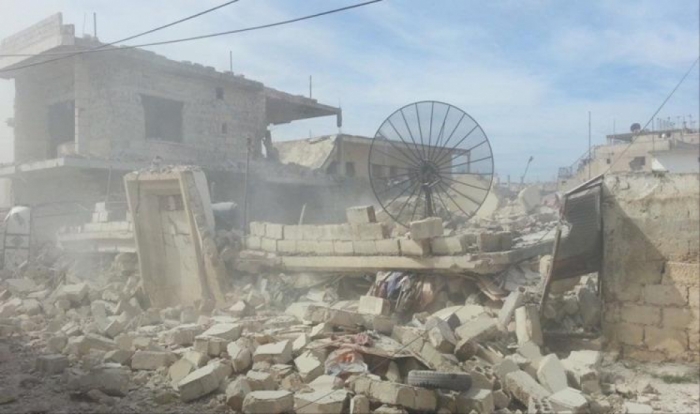 The Syrian National Coalition has called into question Russia’s military actions in Syria in a scathing statement released on Tuesday.

“Russia’s clear war strategy on Syria has been to primarily target, kill, and displace civilians since day one. As of October 26, the Russian occupation air strikes have killed 1,511 civilians, including women and children. They've also destroyed 12 hospitals and medical centers, as well as schools, places of worship, service institutions and archaeological sites.”

The statement added that “hospitals and medical organizations have declared a state of emergency after Russian fighter jets targeted the hospitals of Yamdiya, Ikhlas, and Birnas in rural Lattakia. They also directly targeted Lataminah hospital in rural Hama, injuring medical staff and patients. Earlier, a vaccination center in the town of Taman’a in rural Idleb was also hit in air strikes by Russian air forces.”

“This data, supported by field reports and documented by the Syrian Network for Human Rights, local activists, and the Syrian Human Rights Committee, confirm that the Russian bombardment amounts to war crimes and crimes against humanity. The international community and the UN Security Council must strongly condemn these attacks. Urgent action must also be taken to stop further Russian aggression and to hold the perpetrators accountable.”