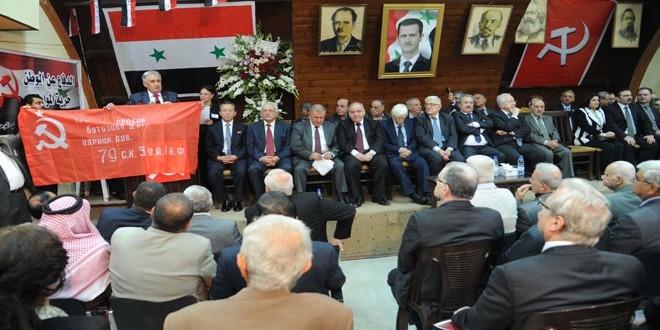 The 12th assembly of the Unified Syrian Communist Party kicked off Thursday in the General Sports Federation building in Damascus, with members expected to elect the party’s new leadership in the coming days.

Participants of the two-day conference, which is dubbed “Defending the homeland and fighting terrorism”, will discuss political, economic and social factors facing Syria.

Party Secretary-General Hannin Nimr asserted that the Syrian people, who strive for a political solution, will continue using all means to fight terrorism and restore security to all Syrian areas.

Nimr noted that the main task now is to defend the homeland and continue eliminating terrorism.