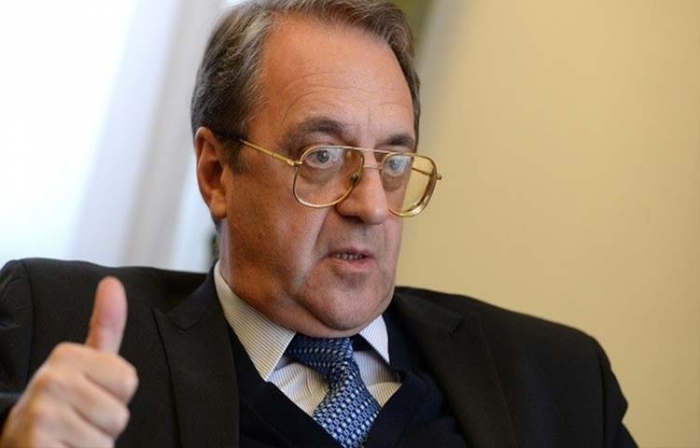 Moscow has been in direct contact with the Syrian political and armed opposition on a daily basis, the Russian Foreign Ministry stated on Thursday, October 29.

In a related development, Russian Foreign Ministry spokeswoman Maria Zakharova announced Thursday that the main objective of the current talks in Vienna aimed at ending the conflict in Syria is to launch a political dialogue.

George Sabra, a leading member of the Syrian National Coalition, said the fact that any Syrian party was not invited to Vienna "indicates the lack of seriousness in these meetings." Sabra refused to accept the participation of Iran at the meetings, as "it is not a neutral party that can play the role of a mediator because it is involved in fighting in Syria, while its officers are fighting and dying every day on the Syrian fronts."

Russia has led an air campaign in support of regime forces since September 30. Human rights and monitoring organizations say that dozens of civilians have died as a result of the Russian strikes, but Moscow insists that the air strikes are only targeting Islamic State positions.

The foreign ministers of Arab and Western countries, including the United States, Turkey, France, Britain, Germany, Saudi Arabia, Egypt and Lebanon, as well as Iran and Russia – the two key allies of the Assad regime – will meet in the Austrian capital, Vienna, on Friday, October 30, to discuss ending the war in Syria.