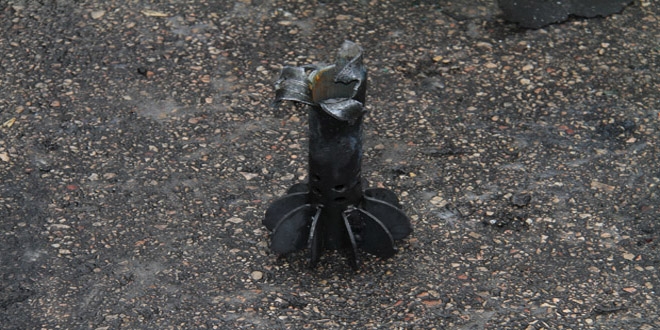 At least eight people were killed Wednesday in terrorist mortar attacks on a number of residential neighborhoods in Damascus city.

Militants from the Army of Islam, a rebel group based in Eastern Ghouta, fired mortar shells at the city's residential neighborhoods, killing eight people and injuring 25 others, a source at Damascus Police Command told SANA.

Later, four civilians were injured by a mortar round fired by terrorists positioned in Daraya, Damascus countryside, which fell in the northern disctrict of Moadamiya, the source said.

In Aleppo city, four citizens were injured due to a terrorist rocket attack on al-Neel street.

A local police source said terrorists in the neighborhood of Bani Zaid fired a number of rocket shells on the residential area, injuring four civilians and causing damage to property.