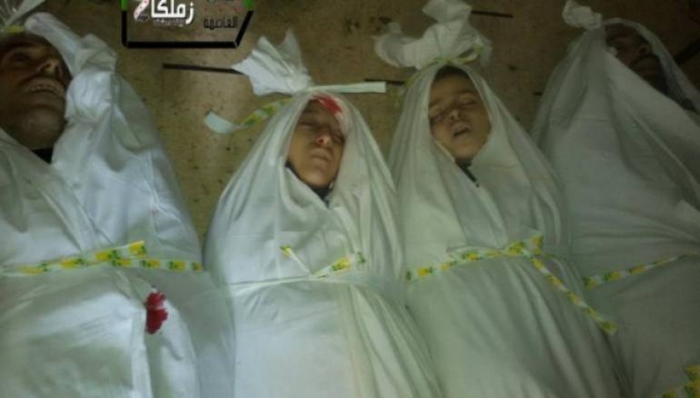 The attack came less than 24 hours after 10 people also lost their lives in an aerial campaign targeting the area.

On Wednesday, Syrian regime and rebel shelling killed at least 24 civilians and wounded dozens more in the capital and the embattled Eastern Ghouta suburbs, the Syrian Observatory for Human Rights and activists said.

The attack came after the regime fired six cluster rockets onto the Eastern Ghouta town of Douma earlier in the day, killing five civilians, according to the Observatory and the town’s local media center.

Eastern Ghouta, which is largely controlled by the Army of Islam rebel group, is regularly bombarded by government forces.