Terrorism has spread to the states that have been supporting it for five years, Syrian foreign minister tells reporters in India 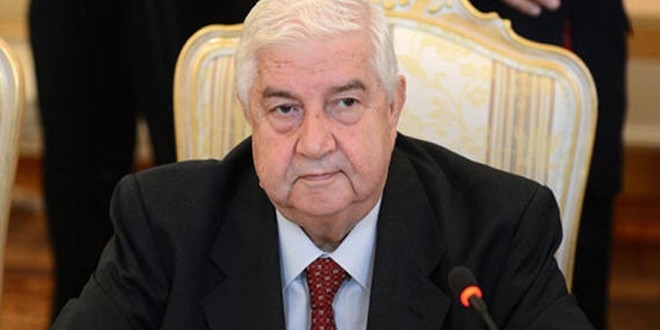 Turkish President Recep Tayyip Erdogan’s ambitions to restore the Ottoman Empire across the region are mere illusions, Syrian Foreign Minister Walid al-Muallem said during his visit to India, adding that Ankara's policies towards terrorism are responsible for the recent attacks in Istanbul.

In a press conference held in New Delhi on Wednesday, Muallem said he discussed the crisis in Syria and its repercussions on other states, with the two sides agreeing that terrorism knows neither country nor religion, and that it has spread to the states that have been supporting it for five years, adding: “We’re beginning to see terrorism backfiring on the states that supported it, like France and the United States, and yesterday Turkey, and before that Saudi Arabia.”

He asserted that Syrian-Russian military cooperation to fight terrorism has achieved remarkable results, adding that the battle against terrorism is also Russia’s battle, as there are known to be thousands of Chechens fighting alongside the Islamic State in Syria.

Muallem said that Turkish President Recep Tayyip Erdogan considers himself to be the godfather of the Muslim Brotherhood, and that he has dreams of restoring the Ottoman Empire throughout the region. This is why Ankara has supported terrorists to flock to Syria from 100 states, opening its borders and receiving money from Saudi Arabia, Qatar, and other states to fund them, he said.

Muallem added that Erdogan did not calculate the results of his own policies and the fact that terrorists will turn against their supporters, adding that Erdogan’s empire-building ambitions are mere illusions.