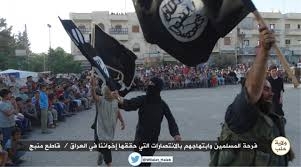 ISIS killed FSA fighter in Qabraimou village near the town of Manbij, 20 miles (30 km) west of the Euphrates river.

A local monitoring group that tracks ISIS violations in Manbij said that the radical group had killed and tortured to death at least 53 people between September and October of last year.