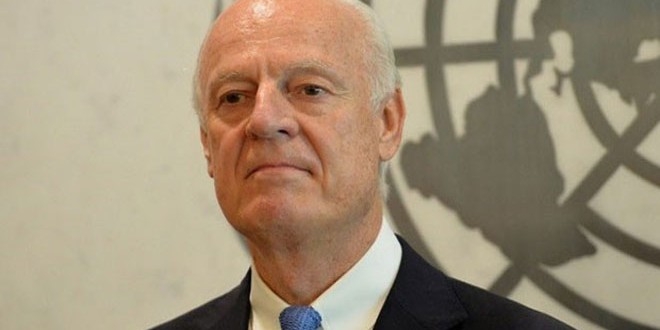 Peace talks between representatives from the Assad regime and the Syrian opposition will start on January 29, UN Special Envoy to Syria Staffan de Mistura told journalists in Geneva on Monday.

De Mistura said that invitations to the talks will be sent out on Tuesday January 26, adding that negotiations will last for six months on the basis of a specific methodology.