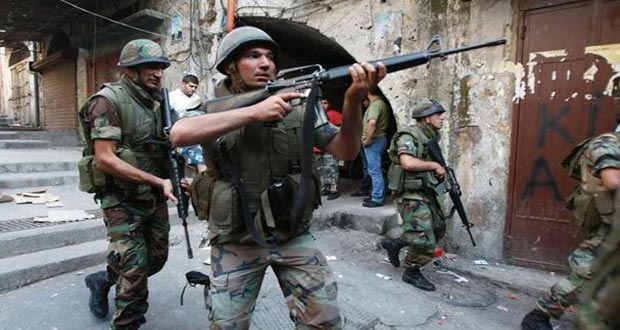 The Lebanese army killed two Syrian refugees and arrested 11 others in the Lebanese town of Arsal near the border with Syria on Wednesday in what it claims was a raid on Islamic State cells, residents told Zaman al-Wasl.

A man and his wife who previously fled the town of Qara in the Damascus countryside were killed in the attack. Their bodies were kept by the army, fellow refugees said.

The army said in statement it had killed six gunmen and arrested 16 suspected militants, including a commander from the Islamic State group, according to Reuters.

It had originally detained 27 people but has released 11 who were not related to the cell, source said.

The army said the purported terrorist cell was planning to attack army posts and kidnap people in Arsal.

Another unit stormed an ISIS-run field hospital in the same area and detained 16 militants, it said, including a man named Ahmad Noun, who the army described as a "dangerous terrorist".