Statements made by French and US diplomats imply bewilderment at the Syrian army’s recent victories, says official source 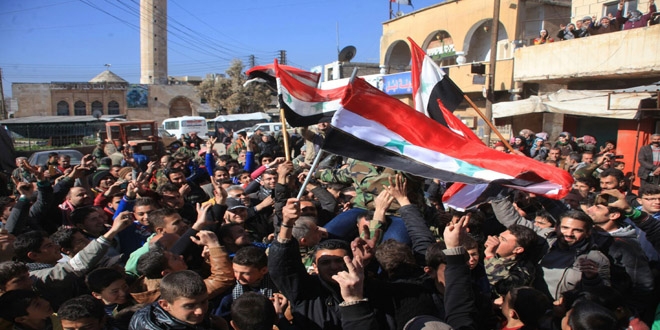 The Syrian foreign ministry said statements of top French and US diplomats on the Syrian army’s recent victory in Aleppo are uncharacteristic.

An official source at the Syrian foreign ministry Thursday said the statements made by France and the US imply bewilderment at the Syrian army’s recent victories, adding the comments were unusual.

The Syrian army sealed an important victory on Wednesday by breaking the siege of Nabul and Zahraa in the northern countryside of Aleppo, which followed a series of other gains on the battlefront.

The siege, which was imposed by a number of armed groups including the Nusra Font and Ahrar al-Sham Islamic Movement, lasted for three and a half years, during which the locals showed “an unrelenting resilience and unshakable confidence in victory over the terrorists,” according to the source.

With this victory, over 60,000 Syrians were freed as the “brutal siege” came to an end, said the source.