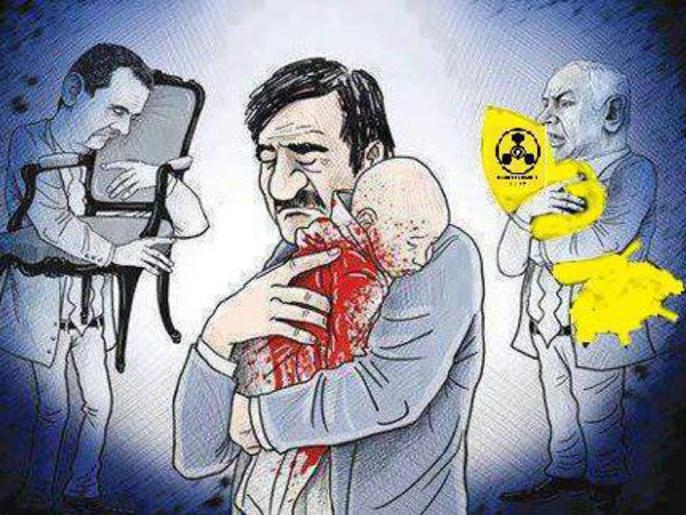 Local activists and council members from the town of Moadamiya in the Damascus countryside said Thursday that the aid which the Assad regime and the United Nations claim entered the town had arrived to an area loyal to the regime and not to the blockaded districts.

A spokesman for the International Committee of the Red Cross, Pavel Kachihak, said on Wednesday that 10 shipments of food aid and two carrying medicine and medical supplies entered the town, confirming the food aid was distributed to residents in an area between checkpoints of the regime and the opposition.

In a statement, the local council of Moadamiya accused the UN of assisting the Assad regime and distributing the aid to a loyalist eastern district, three kilometers from the center of town, instead of the intended recipients who are suffering from starvation, adding that when residents tried to leave to gather the aid, they were beaten, insulted and shot at.

Local activists confirmed that the Assad regime, with the help of the UN, brought the aid through the one entrance to the town towards the eastern district, and that no humanitarian convoys entered into the blockaded area under the control of the opposition.

However, witnesses say one car carrying medical supplies was unloaded in the eastern district by the Red Cross and then brought in civilian cars to areas controlled by the rebels.