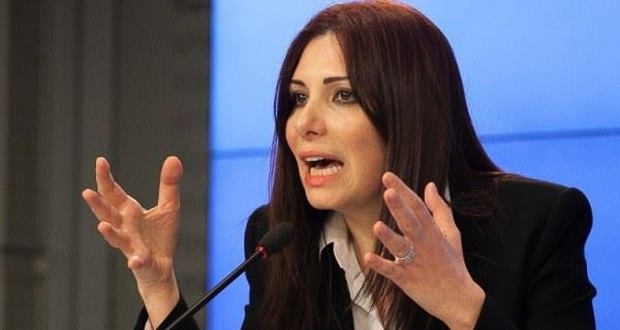 Randa Kassis, leader of the Syrian Movement for a Pluralistic Society and Astana Initiative, and head of the Syrian government delegation, Dr. Bashar al-Jaafari, have attacked the opposition delegation after UN envoy Staffan de Mistura announced the suspension of the Geneva talks.

In a statement published on her official Facebook page, Kassis rejected the decision to suspend the talks until February 25, saying: “We [the Astana Initiative] express our dissatisfaction with this suspension, which increases the suffering of Syrians and prolongs the duration of their catastrophe.”

Kassis held de Mistura responsible for the lack of implementation of UN resolution 2254, which calls on all parties to immediately end attacks on civilians.

She added that the envoy had acquiesced to “the dictates of Saudi Arabia and Turkey, and adopted the unrealistic political discourse adopted by the opposition delegation.”

Kassis’ statement was similar to Jaafari’s, in which he said: “There is displeasure among friends and some nations at the behavior of the opposition team,” adding that “as facilitator for the talks, de Mistura should understand the circumstances. He has been subjected to Saudi pressure.”

Russia supported the UN envoy by insisting on the need for the delegation to include a wide spectrum, referring to the need to include Kassis and head of the Qamh Movement, Haytham Manaa, who hinted that the Riyadh delegation had links to Al-Qaeda, in addition to the former deputy prime minister in the Assad government, Qadri Jamil.