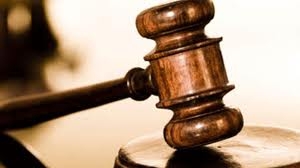 The number of infidelity-related claims in Syria reached about 6,000, legal sources have estimated, with the chief prosecutor in the Damascus countryside stating most are claims in which one of the spouses committed an act of adultery.

In a statement to al-Watan, Attorney General Maher al-Albi said that the investigative judge examines the crime of adultery and then may transfer it to a criminal court if the act caused harm to one of the spouses, adding that there was no difference whether the infidelity was on the part of the husband or wife, as long as the act harmed marital life.

Judicial sources announced the number of infidelity-related cases in Syria had reached close to 6,000 claims, with about 2,000 suits in the jurisdictions of Damascus and its countryside, while Aleppo recorded about 1,000 infidelity suits.

The sources added that the number of cases in Lattakia province reached about 200 claims, in Tartous about 150 claims, in the jurisdiction of Homs more than 500 claims, Daraa recorded about 100 claims, while Suweida did not exceed 50 claims. Quneitra province did not record more than four cases of infidelity.

The sources said that there were a sizable number of cases in which the wife claims the husband remarried without informing her, explaining the act is considered infidelity as it is harmful to the wife.

The sources said the number of divorce cases that included disunity or harm to the wife, including marrying a second wife, reached 3,000 in Damascus and its countryside alone, out of 8,000 claims, adding that in such cases the responsibility lies to a great extent with the husband, and the woman gains all her rights if the claim is proven before the court.

A number of civil society groups have called for the reformation of the Syrian personal status law and for the cancellation of the articles related to polygamy and arbitrary divorce by the husband. But many conflicting viewpoints among these groups exist, especially among Sharia judges, such as the First Sharia Judge of Damascus, Mahmoud al-Maraawi, who said in previous statements to al-Watan that the personal status law does justice to the woman and injustice to the man.