Assad regime should be made to understand they cannot resolve the situation militarily or impose events in the field or the negotiating table, says head of opposition's High Negotiations Committee 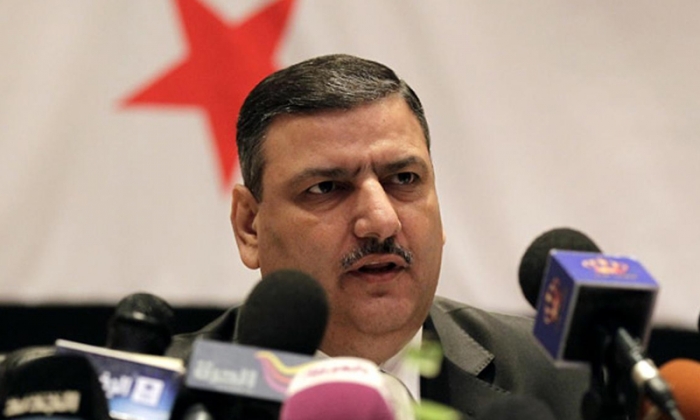 The general coordinator for the High Negotiations Committee, Dr. Riyad Hijab, said that the continuation of Russian and Iranian operations in Syria was a key obstacle in the way of the talks, stressing at the same time that fighting will continue until balance is restored on the ground.

During a press conference held in London, Dr. Hijab added that in the coming days: “You will hear and see of victories by the Free Syrian Army against [regime] forces, foreign militias and mercenaries.”

He stressed that the regime will not be able to take control of Aleppo, adding that “What I have heard from the Free Syrian Army leadership proves that their morale is high and they will continue their battle.”

Dr. Hijab indicated at the same time that a political solution in Syria remains the first option, but stressed the need to “restore balance on the ground”, adding that the Assad regime “should be made to understand there is no military solution, and they cannot resolve the situation militarily, or impose events in the field or the negotiating table.”

The former Syrian prime minister reiterated the opposition’s stance refusing to give Assad or his regime’s leadership any diplomatic immunity. Responding to journalists’ questions about the United States position on the situation in Syria, Dr. Hijab said: “[President] Obama has said since June 2011 that Assad has lost his legitimacy and must leave. This is the announced position of the United States, which is supporting the political transition process of power in Syria, but sometimes they are in need of tools to achieve this transition.”

Dr. Hijab attacked the Russian intervention in Syria, saying that it had intervened on the pretext of fighting terrorism and fighting ISIS but was directing its fire and prohibited weapons against civilians and the moderate opposition. “[The Saudi government] announced its readiness to enter and fight ISIS. We, the Syrian opposition, have paid a great price in fighting it, while the regime and its allies do not fight ISIS — indeed, they created it. Assad and ISIS are two sides of the same coin.”

On the talks scheduled in Geneva for February 25, Dr. Hijab said that measures needed to be taken before entering the negotiating process, to avoid what happened in the first round, whereby “the regime and its supporters try to evade the dues of the political process and then derail it with bombardment.”

Dr. Hijab stressed the need to implement UN resolution 2254, especially articles 12 and 13, and those which the United Nations confirmed as non-negotiable. “Thus, the concerned states should fulfill their obligations and implement these resolutions. We are talking about the need to raise the blockades on besieged cities, release prisoners, deliver aid to those in need, and stop bombardment on populated areas. Before we go there should be measures on the ground.”