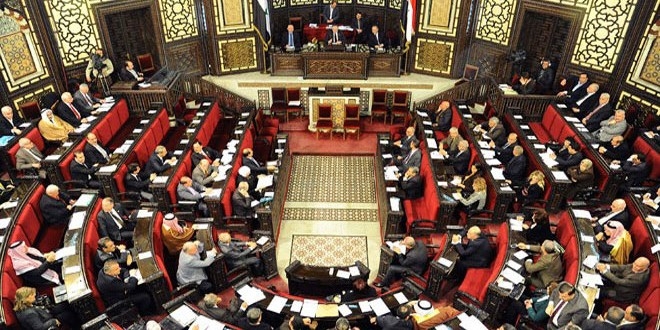 The Syrian Parliament approved on Thursday a draft law to amend a 44-year-old decree by which the Order of the Hero of the Republic was created.

The original decree states that the Order can only be awarded to Syrian civilians who display glorious military-related achievements contributing to achieving victory, and to members from Arab armies that engage in any fight alongside the Syrian armed forces.

According to the amendment, the Order can also be awarded to military members from “brotherly and friendly armies” that engage in fighting against an enemy, terrorist groups and other hostile elements alongside the Syrian armed forces.