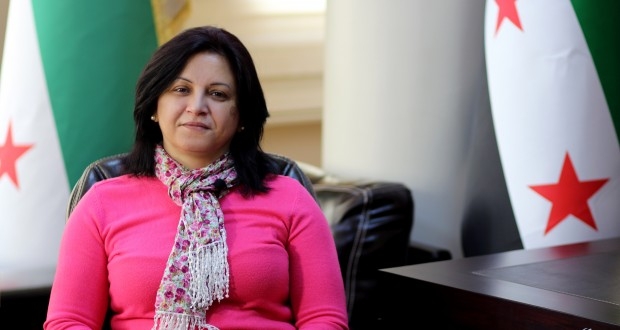 Naghm al-Ghadri, vice president of Syria’s main political opposition grouping, said in an interview with Madar al-Youm that “if the United States supported the Syrian opposition like it did with the (Kurdish) Democratic Union Party, Assad would have fallen years ago.”

The National Coalition member claims Washington has been recycling the funds with which it supports Syrians in a way that stimulates American companies and organizations. Ghadri said that Syrians have received only about 40 to 50 percent of the American aid dedicated to them, indicating the US delivers support through its organizations and companies, and that for-profit organizations take operating wages and earnings in order to deliver what America describes as the full amount of their aid to the Syrian people.

Mrs Ghadri added, “the countries that claim to be friends of the Syrian people have always called for uniting the opposition and forming a body that includes the full spectrum of the opposition beginning from the National Council to the High Negotiations Committee, which must be clear in telling these countries, ‘you are not united, unite and then address us.’”

Ghadri announced her intention to run for the coalition presidency, hoping to break the fear barrier for women being nominated to high positions, saying, “the members of the coalition are not strongly motivated to nominate women. We have tried more than once to increase female representation in the coalition, and have not been able to obtain the legal voting to be able to bring competencies to the coalition. At the same time, some women are disinclined toward decision-making positions.”