Turkish president accuses US of supporting terrorists in Syria with arms, “which go to terrorists inside Turkey in the end" 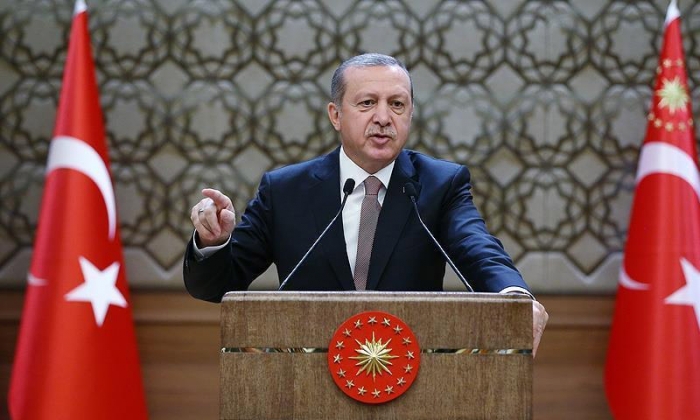 Amid Ankara’s continued bombing campaign against the Kurdish People’s Protection Units north of Aleppo, Turkish President Recep Tayyip Erdogan announced that it is “blindness alone” which makes the United States fail to see the real terrorists in Syria, adding that Russia is using the Islamic State group as a pretext for war without firing a bullet at it.

Erdogan’s comments came during his speech before Turkish provincial officials in the capital Ankara on Wednesday, where he described America as “declaring one thing publicly and saying another behind closed doors.”

Erdogan accused the US of continuing to support terrorists in Syria with arms, “which go to terrorists inside Turkey in the end,” indicating that Washington “classifies terrorists as ‘good terrorists’ and ‘bad terrorists.’”

As the idea of setting up a “safe zone” returns to the forefront of the debate amid Germany’s announcement on Wednesday that it would support such a move, the Turkish president said Washington had snubbed the idea of the proposed no-fly zone, and “that allows the Syrian regime to carry out aerial bombardment and kill civilians.”

Erdogan said the US did not agree to set up the zone, “but Russian fighter planes come and go freely there, and so thousands of oppressed people die.” He asked: “Weren’t we allies and supposed to move together?”