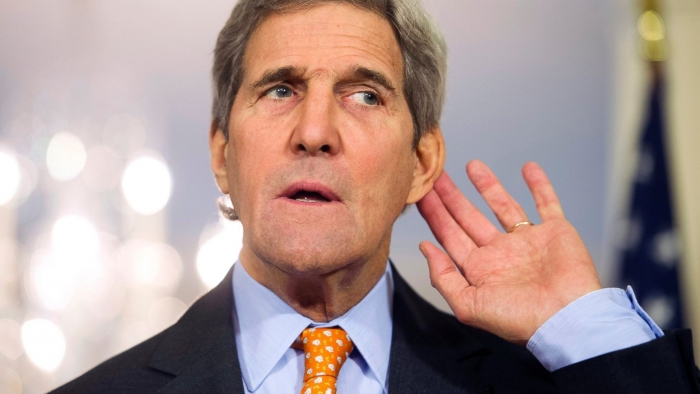 Syria condemned statements made by the US Secretary of State regarding prolonging the crisis in Syria and the possibility of its partition at a Senate hearing Tuesday.

A foreign ministry source said in statements to SANA that Syria condemns the statements by Secretary of State John Kerry, adding that they serve to mislead the public and hide America’s responsibility for the violence inflicted on Syria by terrorist groups.

The US, with its regional allies, shoulders the responsibility of starting and perpetuating the crisis in Syria through its continuous support of terrorism and not performing its role as a permanent member of the UN Security Council to enforce anti-terrorism related resolutions.

The source said that Syria and its people, who look forward to ending the current crisis as soon as possible and for the restoration of security and stability return, are more determined to defeat terrorism, preserve Syria’s territorial integrity, national sovereignty and its independence.