At least 27 violations carried out on Sunday by regime and Russian forces, study by human rights monitor reveals 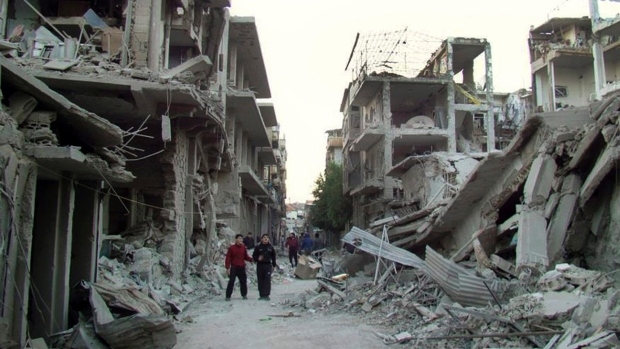 The Syrian Network for Human Rights says it documented on Sunday 35 violations of the cease-fire which took effect on Saturday – 27 of them by regime forces and eight carried out by the Russian military, bringing the total number through the last two days to 49 violations.

The news came in a second report by the Network, which was published in an exhibition documenting violations of the “cessation of hostilities” in Syria, sponsored by America and Russia, and supported by U.N. Resolution 2268.

The distribution of the Russian breaches were: four in Aleppo province, and two in Hama province, while one breach was recorded in both Homs and Idleb.

The report indicated that “the truce’s most notable problem is the possibility the regime and its Russian partner direct strikes on wide areas under control of the opposition in the north specifically, under the pretext of [fighting] Nusra Front.”

The Network confirmed that “the report monitors the minimum of violations, according to the investigative standards and methodology followed by the Network’s team by obtaining two sources who do not know each other for every incident.”

In a related context, the general coordinator for the High Negotiations Committee, Dr. Riyad Hijab, sent a message to United Nations Secretary-General Ban Ki-moon about the temporary truce, noting the breaches carried out by Assad regime forces and Russian warplanes, including dozens of Russian air raids on a number of towns and villages under Syrian opposition control, wounding and killing dozens.