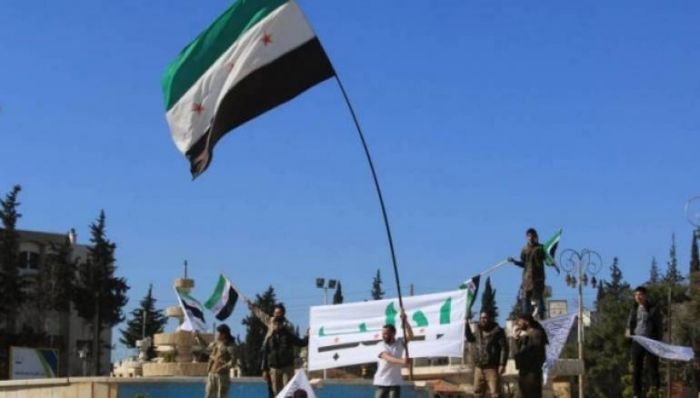 In a statement issued Tuesday, the group said its fighters had not participated in the repression of the demonstration and called for the release of activists.

Fighters of the Nusra Front-led Jaish al-Fatah (Army of Conquest) had beaten media activists and prevented demonstrators form raising the flag of the revolution in the city's main square.

Social media activists compared the group’s tactics to the Syrian regime, stating “as (Bashar) Assad as Nusra,” referring to Nusra’s savage methods against the peaceful protest.