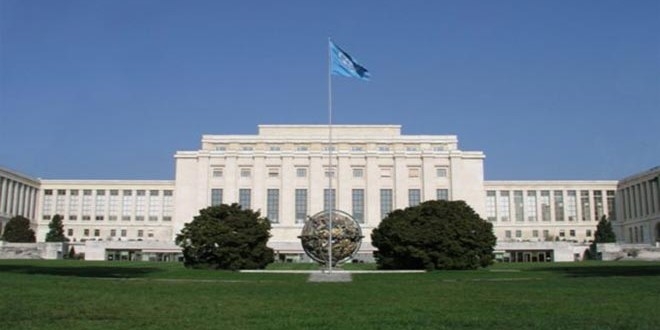 The Syrian government delegation to the Geneva talks arrived in the Swiss city on Sunday to participate in the Syrian-Syrian dialogue scheduled to begin March 14 under the auspices of the United Nations.

Syria’s Permanent Representative to the UN Bashar al-Jaafari will head the delegation.

Earlier on Saturday, Foreign Minister Walid al-Muallem said UN Envoy for Syria Staffan de Mistura will meet with the government delegation first on Monday, according to a letter by de Mistura.

While declaring the talks to be “a good thing,” Muallem clarified that the government delegation will not repeat the same mistakes from the previous round of talks that were suspended in February, adding that they will wait no longer than 24 hours for the opposition delegates to show up.