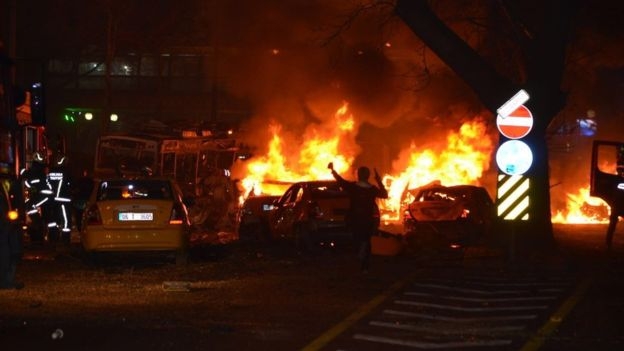 The Syrian National Coalition condemned the criminal terrorist bombing that targeted the Turkish capital of Ankara on Sunday.

In a statement released Monday, the Coalition extended the deepest condolences to the victims of the attack and wished those injured a speedy recovery. “The Syrian people stand in solidarity with the Turkish people and the Turkish government in countering all forms of terrorism.”

The Coalition added that “the Syrian people understand the viciousness of targeting civilians and the shedding of their blood with the aim of spreading chaos and destruction.”