Education ministry attempting to stop organization from working in schools in eastern Hassakeh, according to sources 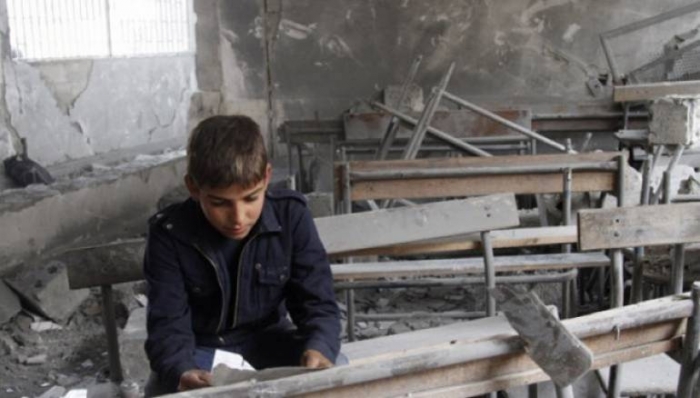 Sources have revealed that Syria’s education ministry intends to prevent Save the Children from working in schools in the town of Tal-Hamis, eastern countryside of Hassakeh, claiming that schools are reopening to teach the government curriculum.

According to sources, the local education department reopened 100 schools in the towns of Tal-barak and Tal-Hamis following the defeat of the Islamic State by Kurdish armed units backed by US-led coalition airstrikes.

Activist Malaz Yusuf explained that Save the Children, a British-founded NGO concerned with helping and supporting children around the world, has toured schools in the town of Tal-Hamis to determine their needs in order to use them as centers for emotional and psychological support.

The activist detailed that it was intended for the organization to do their sessions in the evening in order not to clash with the official teaching period.

Malaz Yusuf mentioned that the regime’s intention to prevent the Save the Children from working in schools was not announced officially, but the news was circulated among teachers who were preparing themselves to commence work.

Most schools in the eastern countryside of Hassakeh are still being used as sheltering centers although air strikes by the US-led alliance have almost stopped.

The activist estimated that about 15 people are sheltered in one room, despite only having a maximum capacity of five people.

Official news agency SANA has revealed that a source from the Hassakeh education department said that teachers working in the southern countryside have been informed of the need to rejoin schools, as 170 assistants have been recruited to cover the shortage of teachers and other teaching staff.