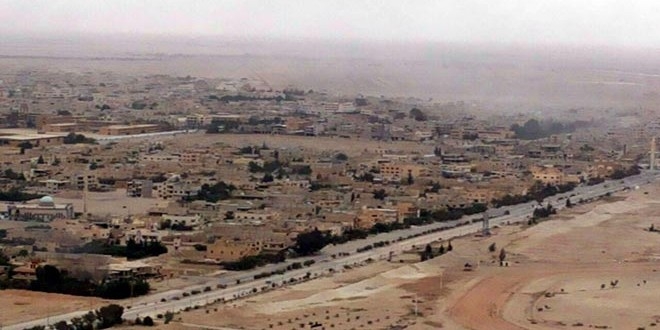 Operations resulted in the capture of several neighborhoods by government forces, including Mutaqaidin, Ameriyeh and Jamiyat Gharbiyeh, according to sources on the ground.

The Ameriyeh neighborhood, where heavy clashes took place between Syrian army units and ISIS fighters since early morning Sunday, was considered the last line of defense for the hardline Islamist group, whose members had planted dozens of mines and explosive devices inside the neighborhood to hinder the army’s advance.

Meranwhile, army units also made advances in the Gharbi neighborhood following heavy clashes with ISIS militants. According to sources, the army also launched an offensive in the direction of the southern orchards.

The sources added that violent clashes had erupted in the vicinity of Palmyra airport in the eastern part of the city.

Over the past two days, the Syrian army captured a number of sites including Palmyra castle, Wadi al-Qobor, al-Qosor Mountains, the Qatari palace and all hills surrounding the city.