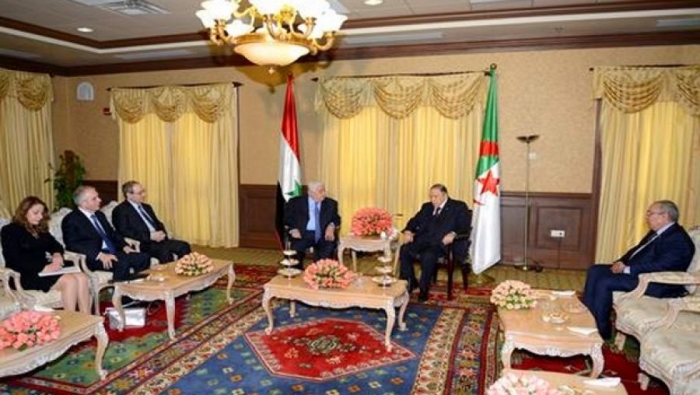 Algerian President Abdelaziz Bouteflika received Syrian Foreign Minister Walid al-Muallem at the presidential palace in the capital Algiers on Wednesday for talks on regional developments, the crisis in Syria and the victories achieved by the Syrian army on the battlefield.

Discussions also concentrated on the efforts of resolving the crisis and combating the plague of destructive terrorism in Syria.

Earlier, Muallem held a session with his Algerian counterpart, Foreign Minister Ramtane Lamamra, during which both diplomats stressed their country’s commitment in the fight against terrorism and to respecting sovereignty and stability.

The two also discussed boosting cooperation in the fields of economy, education and technology.