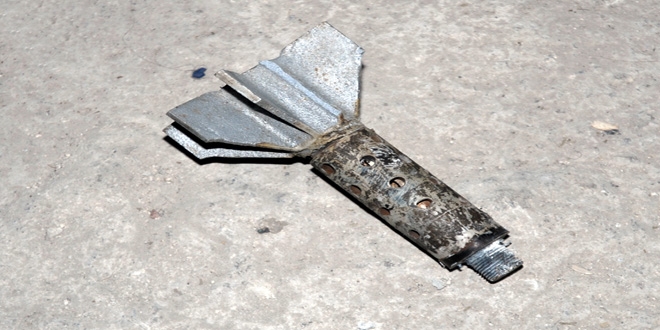 A woman was killed when Islamic State militants targeted Harabesh neighborhood in Deir-ez-Zor city with a rocket shell on Thursday.

Local sources said in a statement to SANA that ISIS fighters fired on Thursday afternoon a rocket shell on Harabesh residential neighborhood south east of the city.

The attack killed a woman and caused damage to houses and property.

Two women were killed and 13 other civilians were injured on March 13 when ISIS members targeted residential areas in the Joura and Qusour neighborhoods in Deir-ez-Zor.

In a new breach of the cessation of hostilities agreement, terrorists fired a mortar shell on Masaken Barzeh neighborhood in Damascus city on Thursday.

The shell was fired by terrorists positioned in Eastern Ghouta, a source at the Damascus Police Command said.

Two cars were burned and a number of houses sustained damage in the attack, according to the source.

Until Wednesday evening, the cessation of hostilities in the country, which came into effect on February 27, has been breached at least 230 times by terrorist organizations. Most incidents took place in Aleppo, Damascus, Lattakia and Hama.