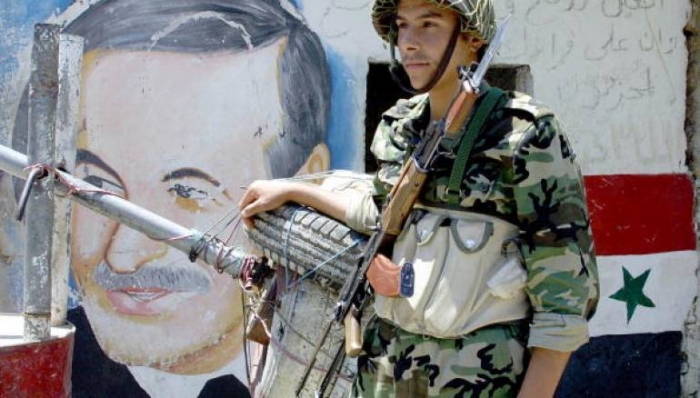 What people know of the different intelligence branches in Syria differs depending on witnesses and their accounts. No report or extensive research has been previously conducted to address the activity of the Assad regime’s intelligence agencies. This report conducted by Zaman al-Wasl reveals the activity of each intelligence apparatus and its position inside the Assad authoritarian system. The report’s data was obtained by researching archives of more than 1.7 million arrest warrants.

Other divisions like the Ministry of Defense, Ministry of Interior and Military Judiciary complete the regime’s authoritarian system. The “authoritarian system” is far greater in size and scope than the intelligence system. The latter is limited to secret and public intelligence apparatuses, whereas the authoritarian system includes an unlimited number of apparatuses, civil directorates, military and semi-military institutions. The system also includes individuals who are recruited by the regime to watch the population in order to prevent any possible movement or activity against the regime. These can be school principals, village elders, a Baathist or a religious sheikh, a Muslim or Christian. All together, these people play small parts but offer big contributions, complimenting one another to sustain the repressive regime since it was engineered by former president Hafez al-Assad.

It is important to mention that these numbers are the criterion to judge the activity and involvement of any repressive apparatus subordinate to Assad regime. The numbers might or might not conform to the instilled perception of Syrians about any particular branch.

From the total number of 524,416 arrest warrants, over 30 percent were issued by Military Intelligence (more than 164,000 arrest warrants). The apparatus has absolute power in all fields and affairs inside and outside Syria, and all arrest warrants issued for foreign journalists emanate from military intelligence.