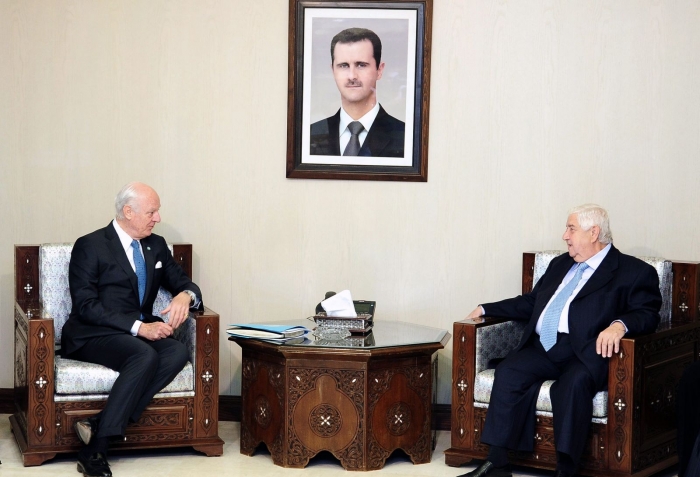 Foreign Minister Walid al-Muallem announced Damascus’ readiness to participate in the upcoming peace talks in the Swiss city Geneva this Wednesday, adding that the government will not accept any preconditions.

Meeting with U.N. special envoy for Syria Staffan de Mistura on Monday, Muallem reasserted the government delegation’s position toward a political solution to the crisis, led by Syria and without preconditions.

De Mistura also briefed Muallem on the agenda for the upcoming round of talks, in addition to explaining the reasons behind his regional tour to hold consultations for the Geneva dialogue.

In a statement to journalists following the meeting, de Mistura said that the main goal of the talks was to discuss preparations for the Geneva negotiations, which are planned to be held on April 13 following his return.