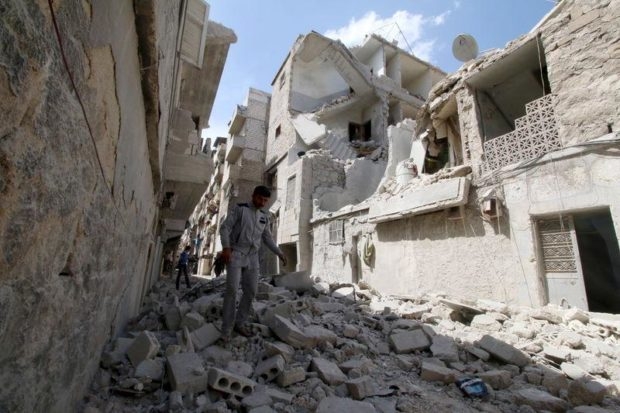 In response to the Syrian government’s violations of the ceasefire, anti-government forces launched a fierce attack against Assad forces in Lattakia province on Monday and rebels made separate advances nearby in Hama, a monitoring group reported, as violence escalated in the west of the country.

Warring sides have traded blame over violations of the February 27 cessation of hostilities deal brokered by Washington and Moscow. It excludes operations against ISIS and Al-Qaeda’s Nusra Front.

The Observatory reported a number of rebel groups in Lattakia’s northern countryside launching a fierce attack on government forces and their allies in the early morning and advancing by midday.

In Hama, rebels had almost completely captured the town of Khirbat al-Naqus in the strategic Ghab plain, the Observatory said. The groups attacking there included factions that did not commit to the truce.

A Syrian military source confirmed the attacks against its forces in the west, stating that the army was fighting back.

Groups including factions fighting under the banner of the Free Syrian Army and powerful Ahrar al-Sham said in their battle announcement that they would respond “with force” against any government forces that fired on civilians.

They announced the “formation of a joint operations room to begin the battle … in response to violations by the army”.

Russia has called for direct talks between the Syrian government and the opposition.

Foreign Minister Sergei Lavrov told reporters in Moscow on Monday that direct talks between the government and a broad opposition delegation should be launched as part of the Geneva talks.

He also denied allegations that Moscow and Washington were negotiating the departure of Syrian President Bashar al-Assad behind closed doors.

The talks in Geneva, which resumed last week, have until now been indirect, with a UN envoy shuffling between the two delegations.

The coordinator of Syria’s main opposition body Riad Hijab said on Monday that it was “unacceptable” for peace talks in Geneva to go on if the government and its allies did not lift sieges and stop bombing civilian areas, echoing recent criticism of government offensives elsewhere.

Hijab, coordinator of the High Negotiations Committee, accused Damascus and its allies of “violating the rights of the people and contravening international law” in messages posted on his Twitter account, without elaborating further.