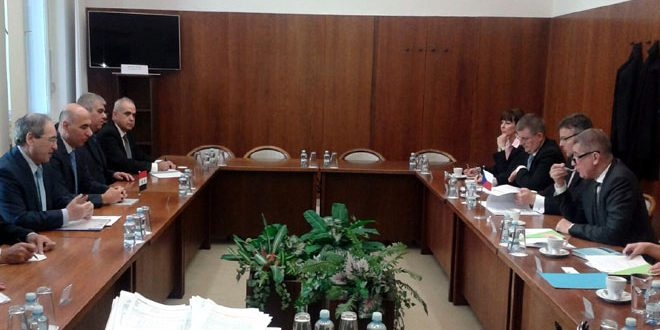 Describing the talks as very important, Mikdad said Zaoralek admired the political plan which Damascus had put in place for solving the five-year crisis.

Zaoralek, he added, said the Czech Republic would be a willing partner in Syria’s reconstruction.

Later, the Czech foreign minister said in statements to SANA that the talks reflected a convergence of views on several fronts.