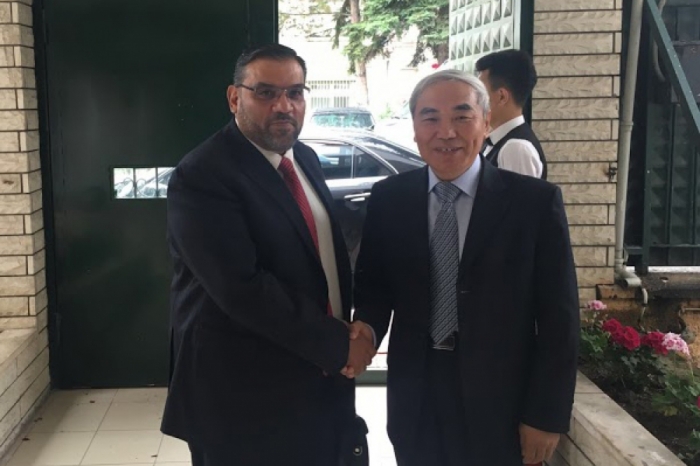 The opposition Syrian National Coalition has called on China to take more effective steps to push the political process forward and help put an end to the tragedy unfolding in Syria.

At a meeting with Chinese envoy to Syria Xie Xiaoyan in the Turkish capital Ankara on Wednesday, Coalition President Anas Alabdah said that the Assad regime does not show seriousness in engaging in a genuine political process.

Alabdah added that the regime is neither showing any goodwill nor is it committed to implementing the provisions of international resolutions which call for lifting sieges on Syrian cities and the release of detainees, especially women and children.

“Our position on Assad’s fate is clear. He is responsible for the most heinous crimes against the Syrian people, as documented by the United Nations. Assad, therefore, cannot be part of the future of Syria and the transition process," he said.

Alabdah added that, "Keeping Assad in power in the transitional period, even with limited powers, would cause the political process to fail.

For his part, the Chinese envoy said that the only solution to the Syrian crisis is a political one, adding that China is working with other parties in the international community to resolve the Syrian conflict, and it wants to see progress in the Geneva talks.