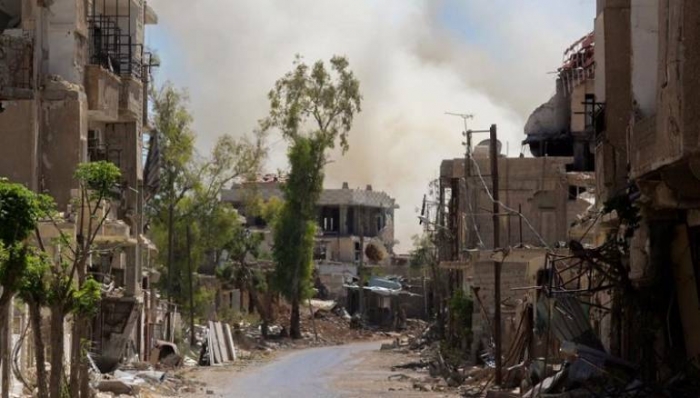 The council stated that 100 explosive barrels were dropped over a three-day period following the delivery of humanitarian aid on Thursday, June 9 – the first food aid to enter Daraya in three years. But Daraya activists said the distribution of aid did not begin due to ongoing air strikes by regime forces.

Daraya has more than 2,000 children under the age of 15 living mostly in basements to protect them from aerial bombings.