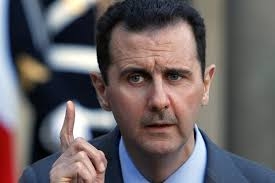 The office of the Syrian presidency denied reports by Western media that Bashar al-Assad handed a “kill list” of 25 British nationals who joined the Islamic State group in Syria, including 14 of whom have already been killed.

These allegations came in an article by Robert Verkaik and Robert Mendick published by British newspaper the Telegraph and republished on the Daily Mail Online website.

The presidency said the information in the article was “completely untrue,” adding that it had sent statements to the outlets explaining that the published information was completely baseless.

The office said the issue had not come up in any meeting between any of the visiting British delegations and President Assad.

“Any terrorist of any nationality on the Syrian land will be fought by the Syrian security forces and military,” the office added, calling on the two media outlets that published the article to deliver an open apology for publishing unverified content.