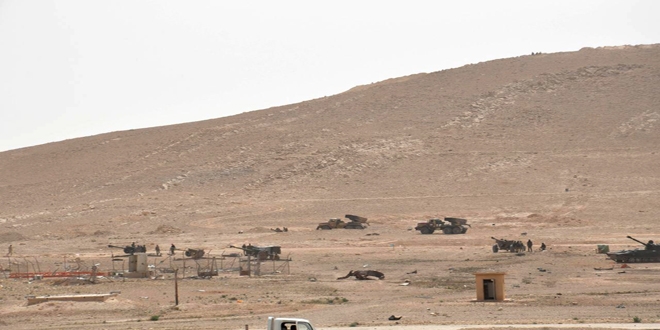 A Syrian army unit carried out an operation against Islamic State militants near the city of Deir-ez-Zor on Tuesday killing a number of Islamist fighters, field sources reported.

A source told SANA that the army clashed with ISIS fighters in the area surrounding Panorama to the southwest of the city, destroying a booby-trapped vehicle while also killing and injuring many militants.

The source added that the army also targeted terrorists in Moreiia and its farmlands and Hweijet al-Moreiia in the south-eastern countryside of the province.

The source added that the groups ambushed the fighters, killing and injuring a number of them while also seizing ammunition and explosives.