Service held in Syrian capital to commemorate 100 years since the slaughter of up to 300,000 Assyrians by Ottoman forces 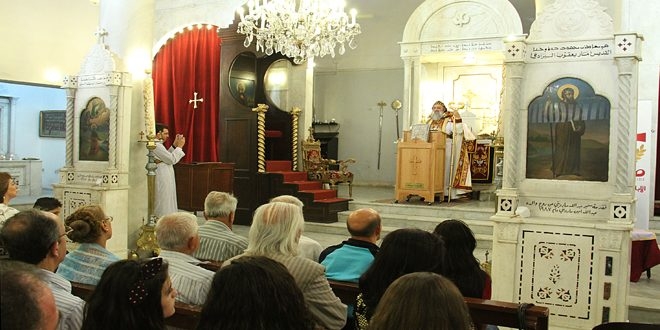 Head of the Syrian Orthodox Church has lauded the German parliament’s recent decision to officially recognize the Armenian genocide, calling on foreign governments to follow in Berlin’s footsteps.

Patriarch Ignatius Aphrem II made the comments during a mass held in Damascus on Wednesday for the centennial anniversary of the killing of up to 300,000 Assyrians by Ottoman forces.

Patriarch Aphrem said the memory of martyrs, Assyrians and Armenians, who were killed at the hands of the Ottomans, gives motivation for Syrians defend their country in the face of takfiri (hardline Sunni) terrorism that targets all Syrians.

“The memory of massacres that killed half a million Assyrian people and more than million and a half Armenians will remain alive in our hearts as we will remember them in our prayers,” he said.