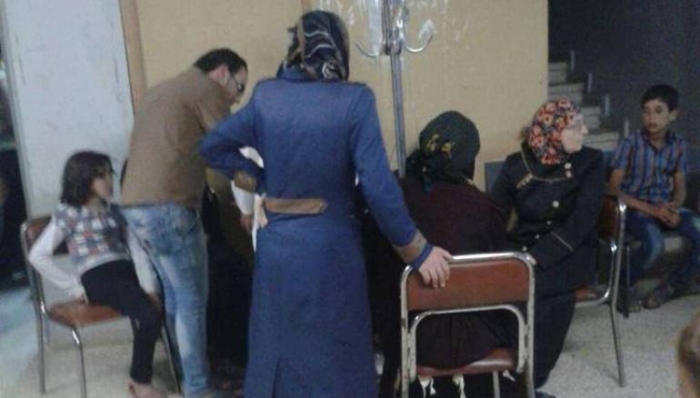 Local activists have reported possible cases of collective poisoning in the town of Kanaker south of Damascus as hundreds of residents exhibited intestine inflammation for unknown reasons.

The Western Ghouta medical council indicated the Kanaker medical center had received nearly 1,000 cases of inflammation over the past few days.

No serious cases of inflammation were recorded but the center said it had administered intravenous hydration to 105 patients while another 23 cases were referred to hospital.

The remaining patients were responding well to treatment and are currently recovering.

Activist Omar al-Dimashqi from the media center in Western Ghouta said the local heath directorate delivered medicine to Kanaker and took samples from water and vegetables in order to find the reason behind the poisoning.

Dr. Abou Obada, director of the Kanaker Center for Primary Health Care, told Zaman al-Wasl that dozens of patients who were affected came to the center on June 13 while the rest of the patients were admitted in the following days.

The number of patients has noticeably increased while patients are exhibiting similar symptoms, including high temperature, stomach ache, vomiting, and diarrhea.

Abou Obada added the intensity of the symptoms varied among patients while in some cases several members of the same family had been affected.

Opposition forces inside Kanaker signed an undeclared truce with the regime last year.