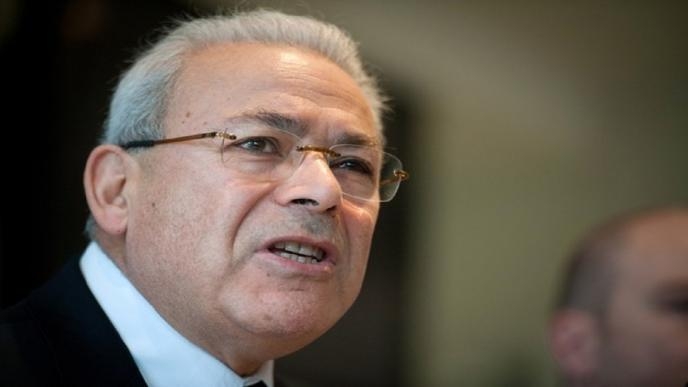 The head of the opposition Transitional National Council, Burhan Ghalioun, said in a call with Rozana Radio that Syria is about to witness a military escalation alongside a Russian push to settle the fight for Aleppo, noting that the situation is headed toward derailing Geneva and imposing a military solution to evade serious talks.

Ghalioun noted that “the coming period will witness a military escalation, in particular after reports about Iran sending military and Afghan reinforcements, like reports around bringing in reinforcements from Lebanon’s Hezbollah with the aim of deciding the issue.”

The opposition figure added that “the military solution is today the real solution on the ground and will be imposed by force, and this is what is defining the proceedings of the political settlement.” He added that “the Russians are in the process of starting a large-scale attack on the Aleppo front, which can, from their perspective if they can settle it, impose conditions of a settlement.”

Ghalioun noted that “the reason for the escalation of the war is the evasion of the aspirations of the Syrian people for political change toward a democratic regime… until that time the war will continue.”

Regarding the peace talks, Ghalioun said that “the framework of Geneva III and the truce came in accordance with Russia and Iran’s vision to impose a fait accompli on the opposition.”

He said that, the “settlement from the Russian viewpoint comes under a national government with some opposition ministers.”