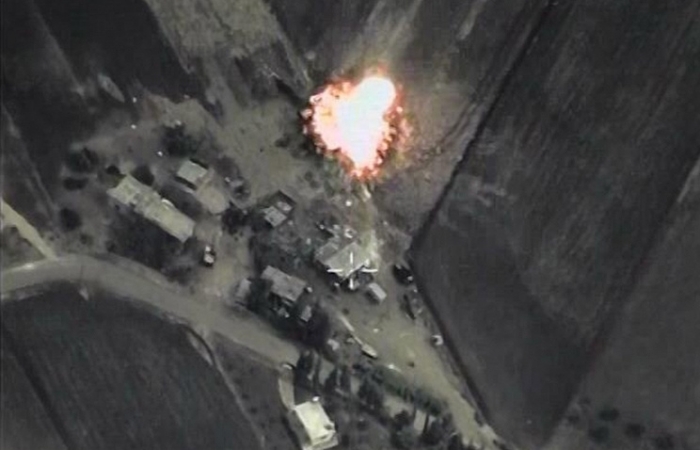 Syrian activists have launched an online campaign in an effort to draw attention to Russia’s ongoing crimes against the Syrian people.

Organizers of the “Stop Russia’s Terror” campaign called for the sharing of photos and videos on social media sites showing proof of Russian atrocities in Syria, adding that Russia and its president Vladimir Putin should be tried for war crimes.

Since its military intervention in Syria in late September 2015, Russia has violated international laws through the use of internationally prohibited weapons, including cluster, phosphorous and incendiary bombs, against Syrian civilians. According to figures compiled by the opposition Syrian National Coalition’s media office, over 150 populated areas across Syria have been affected by Russia’s brutal attacks.

Russian forces have also committed many massacres in Syria, particularly in Aleppo, where at least 2,000 people, including 452 children and 200 women, have been killed in Russian attacks on the province’s rebel-held areas since September 30.

At least 90 civilians were killed and many more wounded in Russian air strikes on the town of al-Qouriyah in rural Deir-ez-Zor on Saturday, in which warplanes used cluster munitions in the attacks. Two children were also killed in Russian airstrikes on the nearby town of Maiyadin on Sunday.

The Coalition condemned the massacre in al-Qouriyah, stressing that Russia and the Assad regime are deliberately targeting civilians after the Russian intervention failed to tip the balance of power on the ground in Assad’s favor.