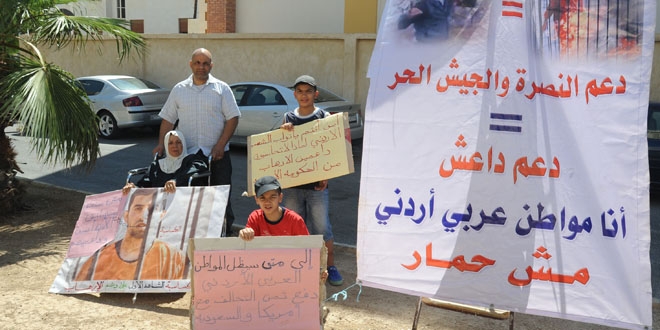 A Jordanian citizen and his family staged a sit-in outside the Jordanian Embassy in Damascus on Monday to denounce their country’s support for terrorism in Syrian and Jordan.

In a statement to SANA, demonstrator Ahmad Jibreel Fares pointed out that the sit-in was to express solidarity with the Syrian and Jordanian armies and to denounce the Jordanian government’s support for terrorism.

The protesters carried signs calling for officials to hold accountable those within the Jordanian government who support terrorism.