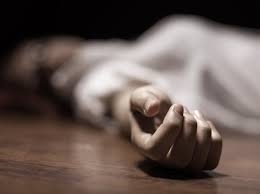 The Damascus countryside’s top prosecutor announced that honor killings have increased in light of the Syrian crisis, while the head of the criminal division of the court of cassation revealed that it had increased fourfold compared to cases before the 2011 uprising.

In a statement to Al-Watan, Attorney General Maher al-Albi said that the crisis had played a large role in the increase of this type of crime, especially in rural areas, adding that it constituted a great danger for society.

The head of the criminal division of the Court of Cassation Ahmed al-Bakari said: "Honor killings have spread clearly in militant areas because they incite a girl to rebel against her family and then at the same time encourage them to kill her for her rebellion."

Bakari told Al-Watan that in any area where the law is absent, pathological phenomena appear and spread in society, and honor killings are one of those that have spread in these areas, due to a lack of courts, judiciary and officers of justice to adjudicate in matters like these. Therefore killing a wife or sister has become easy, he said, adding that armed groups encourage the family to carry out crimes like these.

He added: "We hear many stories in which parents or brothers carry out honor killings against their daughters or sisters or wives, especially in these areas. This indicates the degree of chaos there and that there are no legal officers because the armed groups are the ones in control. Therefore the girl’s blood is shed in vain, without any repercussions."

Bakari noted that there were previously few honor killings in the country, and even in some areas they were rare. Before the crisis, the courts did not register a large number of cases, while currently they have quadrupled, although he noted that it is not currently possible to gather precise statistics around the issue, because in some areas the proper judicial authorities are not functioning. After the crisis, there will be major problems surrounding this dangerous phenomenon.

He said: "The Syrian penal code does provide a mitigating excuse for an honor killing, which is if the man enters and his wife or one of his family is in the marital bed with a foreign man, then the law considers this a crime of honor and the perpetrator benefits from the mitigating excuse which lightens the penalty."

Bakari added: "I am not with the abolition of this article, because when the legislator drafted it, he took into account the social conditions, including jealousy over honor." He added: "When the man witnesses his wife with another man in the husband’s place, he is moved by a human instinct which pushes him to kill the wife, the man with her, or both together."

Bakari said there were calls to abolish the noted article in that it caused injustice to women in many cases, and stressed the clear role of the judiciary in resolving this issue by demonstrating whether the perpetrator really carried it out in the name of honor, or whether it was murder in every sense of the word.