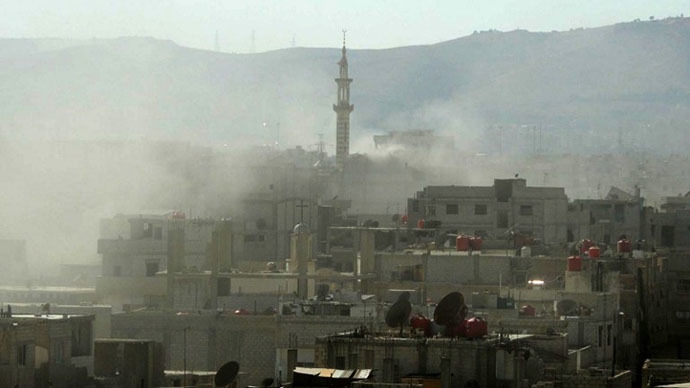 Russia’s center for monitoring the ceasefire in Syria reported that terrorist groups violated the UN-backed truce twice in the Damascus countryside during 24 hours.

The coordination center at the Hmeimim airbase in Lattakia said in a statement Sunday that terrorists of the Army of Islam shelled a number of areas in Eastern Ghouta with mortars and rocket launchers, but noted that “the agreement is still standing in most Syrian provinces.”

The center added that Nusra Front and Islamic State militants continue their attempts to obstruct the truce agreement by shelling neighborhoods and towns in Aleppo and its countryside.

The number of Syrian towns which announced joining the agreement rose to 178 following a deal reached in the Aleppo countryside, the center reported, adding that the total number of ceasefire breaches by terrorist forces has reached 764 since the agreement came into effect on February 27.

The cessation of hostilities agreement does not include ISIS, Nusra Front and other groups designated as terrorist organizations by the UN Security Council.