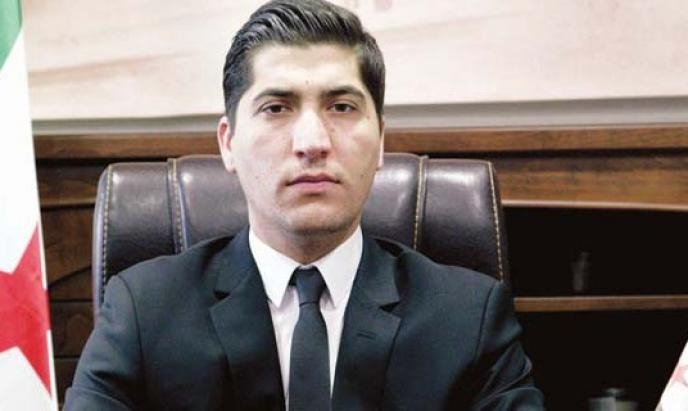 The legal adviser to the Free Syrian Army, Osama Abou Zeid, said on Sunday that the Syrian regime army had worked throughout the last few months on strangling Aleppo city by advancing in a number of areas, adding that their attempts had failed as the areas were swiftly recovered by the FSA days later.

Abou Zeid added in a phone conversation with Rozana Radio that: “What has occurred over the last three days is that the regime was able to advance in some positions after heavy air bombardment, and was able to take points in the al-Mallah farmlands after using cluster munitions and phosphorous weapons. It took control there, which puts about 90 percent of the Castello Road in their sights.”

Opposition factions and the Nusra Front announced on Saturday evening the beginning of an operation to retake the al-Mallah area and break the siege on Aleppo. That came a day after regime forces cut off the Castello Road, the last opposition supply route into the areas it controls in Aleppo city. Nusra Front announced it carried out two suicide operations, while dead and wounded fell on both sides.

Regarding the operations, Abou Zeid said the battle to retake these areas was launched by FSA factions, which were able to seize control of the area around the mosque area, but withdrew because of heavy fire. He rejected media reports that a full withdrawal took place, saying: “We completely deny this. We said that we drew back from some points, but we have not withdrawn and the battle continues.”

Abou Zeid said that: “The operation was not launched by Nusra. The revolution’s enemies, foremost Russia, want to justify killing civilians in Aleppo under the pretext that they are fighting Al-Qaeda there. The first to market this news was Al Jazeera, which has no relation to reality. We don’t know the reason for this orientation at the channel, especially since the leaders of the Fatah Halab (Aleppo Victory) operations room have two media points in Turkey and Aleppo, and they could have approached them and asked about the battle. I don’t know why they published their news from Nusra sources.”

The FSA legal adviser continued: “The regime is exerting every effort to besiege Aleppo to be able to deal with it as it dealt with other blockaded areas. This will improve its tools if it goes to the Geneva talks […] This will not happen unless FSA resistance stops, and this will not happen,” he stressed.

He added: “Even though the operations yesterday were undesirable, it will not stop and the regime has not really reached the Castello Road. Aleppo will not fall under siege, as rumored. This is our main mission and in the coming hours we will work toward that. Unfortunately, some nations friendly to the revolution are satisfied with what is occurring in Aleppo. Perhaps after this operation agreements will be made that satisfy their operations and we will call things what they are. But for now we will exercise restraint.”

Regarding the bombardment of civilians in regime-controlled areas, Abou Zeid said that: “This is completely rejected by the FSA leadership, especially in the Fatah Halab operations room. Any element that carries out any violation will be held to account and punished in the event it is proven, even if they fire so much as a shell. Civilians in regime-controlled areas are our people, and targeting them by any means is not permitted.”

Explaining what was happening in the al-Furqan district, Abou Zeid said: “All the evidence and videos and the manner of bombardment proved the regime’s responsibility. The rockets used are Russian and the FSA does not have the launchers used for these rockets. Even the images published of the casings for these sorts of rockets in the opposition areas are casings launched by the regime. They did not explode and they cannot be filled and relaunched because they need special platforms which the opposition factions do not have.”

Abou Zeid said: “We are always calling on the international community to investigate through satellite observation to determine who is responsible for shelling civilians. This would prove it’s not us. But the international community refuses to observe what is happening in Syria.” He added that: “The Fatah Halab operations room will open an office for complaints about any suspected FSA bombardment and listen to any grievances regarding violations carried out by FSA fighters.”