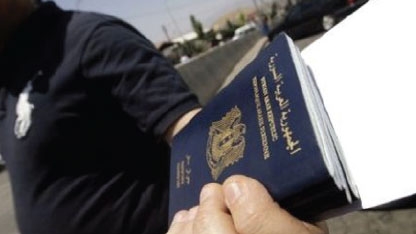 A source in the Immigration and Passports Authority revealed that the number of new and renewed travel documents issued over the last three months has decreased from about 6,000 to 2,000 passports daily.

The source said that a large number of citizens had returned to the country after suffering in the countries where they migrated, especially European and North American countries. He added that the return of thousands of Syrians from the places of immigration to the country was a result of bad treatment.

The source said that the decrease in the issuance and renewal of passports to less than half was a clear indication that citizens are aware of the danger of illegal immigration and of poor treatment in the countries where they intend to settle, in addition to the dangers of traveling, which have sometimes resulted in the loss of many lives, especially at sea.

According to the source, the administration had circulated through Interpol the numbers of passports that were stolen, and canceled many after arresting those who held them, adding that there was a precise tracking of this issue to prevent these passports from falling into the hands of people who will exploit them in illegal ways.

The source said that the forging of passports inside Syria was impossible because of the strict and precise measures pursued, adding that the administration network was connected with civil registration, which is confirmed through different submitted documents in order to prevent forgery. Passport fraud relies on submitted documents like the personal identification, and record extracts, and so communication is carried out with the civil registration to confirm them.

The source added that there is development regarding the issuance of passports and the implementation of an electronic role, one of the means used currently to prevent congestion, noting that there has been a notable decrease in the number of passport requests.

The source said that the administration was working on easing all measures to issue passports, especially to Syrian migrants who live in countries that do not have a Syrian embassy, pointing to the decision issued recently to increase the number of years of the length of the passport for migrants who do not have legal problems, from two years to six years. The decision was implemented immediately, and there were many migrants who extended their passports to six years after paying the consulate fee of $400.

Damascus’ top Sharia Judge Mohammad al-Maarawi said in previous comments to Al-Watan that the number of travel permits for minors had decreased to 500 after the government had been issuing about 1,000 approvals a day, indicating, according to al-Maarawi, a decrease in Syrian immigration because of the conditions they suffer, either during their travel or during their residence in the countries where they live.

This year has not witnessed a high intensity of migration, contrary to last year, which saw huge demand especially for young men to travel abroad. Rather it has seen the return of a significant number of citizens.