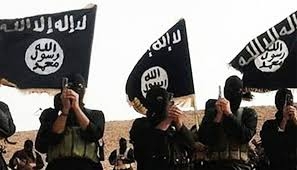 The military council for the city of Manbij announced that it had accepted an initiative stipulating that Islamic State group fighters could exit the city carrying only personal weapons, saying that the initiative came as a response to the repeated appeals of social actors in the city.

The military council, which is fighting alongside the Western-backed Syrian Democratic Forces and enjoys support from the international coalition, said that the attacking forces had achieved progress inside the city after taking control of the al-Hazaouna district and western districts of the city. It said in a statement issued today that the noose had begun to tighten on the organization, whose members have “been affected by military and psychological retreat.”

The statement said that the Islamic State group had used civilians as human shields and thrown them into the ongoing fighting, which is a “behavior identified with the mentality of barbarism and terrorism,” it said.

“We inform public opinion that the presence of the remnants of terrorism in the city of Manbij are causing disasters for the residents day after day, and so we in the military council, to preserve the city from destruction, announce that we are accepting an initiative for the besieged ISIS fighters inside the city to leave with their individual weapons in the direction of their choosing.”

According to the statement, the initiative stipulates that the organization’s fighters under siege inside the city will leave with individual weapons in the direction of their choosing throughout a period of 48 hours from the issuing of the statement, which came out at 11:00pm.

The statement stressed that this initiative was the only and final chance for the besieged members of the organization to leave the city’s districts, appealing to residents inside the city to take steps to try to leave the city and keep away from the areas witnessing clashes, because the “terrorists will not hesitate to use them and exploit them as human shields in the ongoing fighting, as has been done since the start of the Manbij battle,” according to the statement.