Moscow had positively received the U.S. letter and had tried to offer some commitments 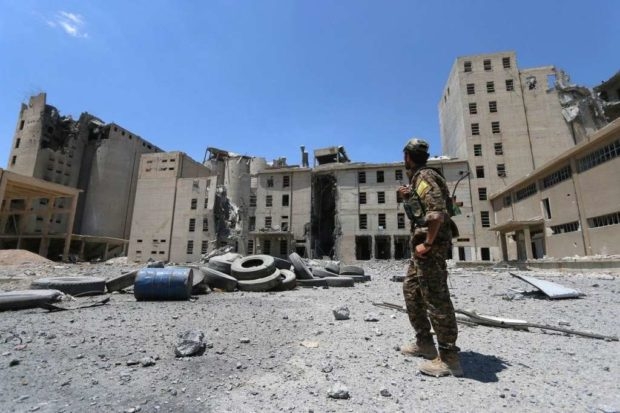 At a time when Washington insists to stay secret about the content of the incomplete agreement with Russia on Syria, sources from the Syrian opposition revealed talks between both countries tackle the fate of the regime's President, Bashar Assad, particularly the need of stripping him of all authority, shortly after the start of a transitional phase.

The sources told Asharq Al-Awsat that U.S. Secretary of State John Kerry was “determined in his last meeting with his Russian counterpart Sergei Lavrov, when he informed Moscow about the necessity of returning to the negotiation table after agreeing on the fate of Assad.”

The sources said that Moscow had positively received the U.S. letter and had tried to offer some commitments.

Observers interested in the Syrian file are eagerly watching the latest positions of the foreign ministers of Russia and the U.S.

Both ministers have hinted about the presence of a big understanding to make some progress in the political scene in Syria.

The new developments were also expressed in the announcement made by U.N. Special Envoy to Syria Staffan de Mistura who said the U.N. hopes to hold a new series of peace talks between Syrian parties in Geneva next August.

Next week, another string of meetings is expected to define the fate of the Geneva negotiations on Syria, particularly the anticipated talks between Kerry and Lavrov in Laos in the coming few days.

Washington and Moscow decided to increase cooperation and take “practical measures” to strengthen a ceasefire in Syria and fight terrorist groups.

“It is the president’s desire to test whether or not the Russians are prepared to do what they said that they will do, during our negotiations in Moscow,” Kerry said on Friday.

De Mistura said this week following a meeting with German Foreign Minister Frank-Walter Steinmeier in Berlin that he and U.N. Secretary General Ban Ki-moon “are determined to actually look for a proper date in August” for new Syria talks.

The special envoy said: “The next three weeks are going to be extremely important to give a chance for not only intra-Syrian talks, but also some possibility of reducing violence.”

Meanwhile, the Syrian Democratic Forces (SDF) froze their military plans to launch a wide attack against ISIS in Manbij in the countryside of Aleppo, despite the expiration of a 48 hour-deadline they had previously offered to the organization to leave the city. The SDF decision came after ISIS took more than 100,000 civilians currently trapped inside the city as human shelters.

Member of the Syrian National Coalition, Ahmad Ramadan told Asharq Al-Awsat that the Syrian opposition was not yet officially informed about the content of these U.S.-Russian talks on Syria.

He said: “The U.S. party is trying to keep undisclosed the details of the agreement, particularly prior to reaching the implementation phase, because their history with the Russians was not very promising.”

However, Ramadan said he thinks the probability of taking the agreement to an implementation phase “was not high.”