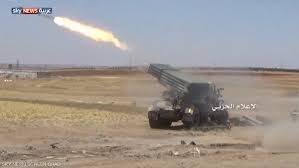 Syria’s army announced on Wednesday that government and allied forces successfully cut all supply lines and corridors in northern Aleppo used by terrorists to transfer mercenaries, weapons, and munitions to the eastern neighborhoods of the provincial capital.

The army’s general command said, out of its commitment to end bloodshed, anyone bearing arms in Aleppo’s eastern neighborhoods will be given the chance to lay down their weapons and remain inside or leave the city.

The general command said it prioritized the safety and security of all citizens, calling on them to cooperate with the Syrian army to help end fighting and to restoring calm, services, and normal life to Aleppo city.