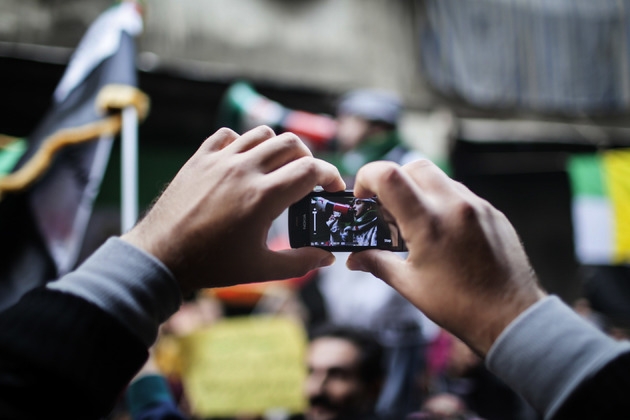 A large and unprecedented rise in the theft of mobile phones has occurred throughout the last few months, with the number of cases of complaints made to authorities in Damascus and its countryside alone reaching about 20,000 throughout the current year. The previous year did not see more than 10,000 cases of theft. Sources following the issue said that this foreshadowed the spread of a new type of theft, especially with the price of mobile phones now rising sharply.

The countryside’s statistics showed that the two areas where most phones were stolen or lost were the areas of Jarmana and Babeila, with the first registering 891 complaints, while the second registered 597 complaints. Ashrafiyeh Sahaniyeh placed third with 492 cases, while Jeeroud was in last place with just three cases.

The statistics showed that there were 331 cases of theft in the Douma area, 389 in the Daraya area, and 69 in Al-Tel, and 45 in Al-Qatifa, and 77 in Al-Nabak. Qatna recorded 180 complaints, while Kaswah had 152. No cases were recorded in the courts of Nashabiyeh, Hajjar al-Iswid, Ain al-Feija and Qadsiyeh. Its Damascus headquarters registered 4,120 cases of theft.

A judicial source said that many cases of theft occurred on internal transport buses, both public and private, because of heavy crowding. He said that passengers often neglect their belongings when paying the driver, attracting pickpocketers standing nearby.

The source said that a citizen presenting a complaint to the judiciary attaches the number of the phone, which is transferred to the communications administration to track the mobile if it is used. He added that many mobile phones are returned to their owners through tracing the signals.

The source said that the pickpocketing of phones is a considered a misdemeanor, meaning the punishment ranges between six months and a year, especially if the mobile theft occurred in a public area, like a park or bus, which is considered pickpocketing.

The source added: If the mobile is stolen at a home or shop of the phone owner, this is considered theft, and therefore falls under the criminal court, even if nothing else was stolen. This is considered infringing on the property of others by entering their homes or shops.

Because of the unprecedented increase in the rate of mobile theft, many legal figures have called for strengthening the punishment for this theft and changing the crime to a felony, given that the country is in a state of war.