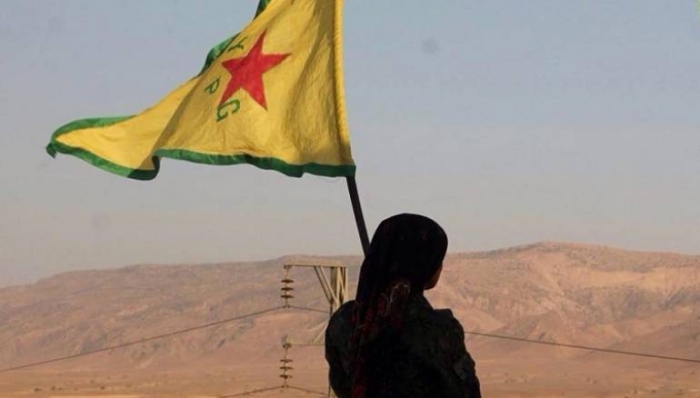 Mohammad Zaal al-Ali, the governor of northern Hassakeh province, directed a speech filled with pleading and groveling to the Democratic Union Party (PYD) while reminding them of the regime’s military and logistical support for the militia against terrorist groups.

The broadcasting of the governor’s speech by loyalist media is considered an exceptional case in the the regime’s practice, which has been cautious of the key Kurdish group from the beginning of its creation, often describing the PYD in the worst possible terms.

The governor said militants prevented the regime army and police from passing through the blocked road, claiming that clashes between the regime and Kurdish forces took place. He added, “we intervened and exerted much effort… we met with them for five hours, we wished from them and asked them the open the (Hassakeh) road, and 21 and 23 regiment, and we reminded them of humanitarian values and belonging to this nation.”

The governor confirmed that a number of regime forces were killed and injured in the clashes, adding that some of the injured died as the PYD prohibited their evacuation.

He noted that PYD leaders, including commander Redor Khalil, were provided last year with “three tanks, ammunition to fight the terrorist groups… we gave them weapons and ammunition.”

The governor continued to direct his speech at the PYD using the term “brothers,” saying he respects them and appreciates them, “they have from salutation and appreciation,” especially as they, “contributed in previous battles, and fought the terrorist groups,” side by side with the regime.

The governor called on the PYD leadership to return to their senses, country, and “Syrian-ness,” and to the blood that flows in their veins, asking: what do they want from Hassakeh, they want to occupy and exploit it?